UP gets their first victory in season 7 by defeating Umumba

PKL2K19 Day 10 second match updates UP Yodha edge out Umumba 27-23. Umumba lost again on their homeground. For Up Yodha it was a good start after losing their previous 2 in the season they got the great chance by defeating the Umumba. This makes the UP  Yodha to get at the 10th position on the 10th day of the season.

Monu Goyat performed as the top raider for UP with six raid points and on the other side of defend Sumit, with six completed tackles, got the most number of tackle points for UP. For U Mumba, Rohit Baliyan was the only successful raider who got more than 5 points with four raid points while Surinder Singh was the pick of the defenders with four tackle points. 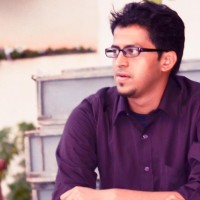 Dominating performance of Jaipur makes them top on the table

Dominating performance of Jaipur makes them top on the table

UP gets their first victory in season 7 by defeating Umumba